What is the Dionysian Male archetype, and what is its relationship to male evolution?

The Dionysian Male archetype is possible to see in the personas of celebrities like Jim Morrison, Michael Jackson, David Bowie, and Russell Brand. While presenting themselves as clearly masculine, these men also portray strong feminine qualities—which lean them towards androgyny in appearance and personality. There is a stark contrast when comparing these examples next to a cis-gendered, traditionally masculine male. The contrast between these representations of masculinity also represents a step in male evolution.

To consider this contrast further, let’s look at an example found in the Hellenic pantheon of archetypes and deities:

Two gods stand in contrast: Apollo and Dionysus. The Apollonian male is a “straight arrow,” circumspect and careful, hero of the patriarchy. Dionysus, to the patriarchal male viewpoint, is slightly mad, impulsive, off-balance, strange and associated with archaic sensibilities. These “gods” portray two versions of masculinity present in our culture as it undergoes a great transformation away from patriarchy and into equitable egalitarianism.

Psychologically, Apollo represents “solar phallos” identified by order and regularity. Dionysus’ intrinsic connection with femininity causes emotion with intensity—to feel rather than talk about feeling. To an intellectual Apollonian “male” separated from one’s feelings, such wantonness of emotion is unbearable. To a Dionysian, it is part and parcel to being, the consequence of spirit and flesh incarnate and embodied.

“The slightly mad qualities of Dionysus and his flock belong to psychic reality, and room must be made for them, whether or not Apollonians enjoy the coexistence. The fusion and confusion of masculine and feminine in the psychoid unconscious is expressed in the archetypal image of Dionysus.” (from Phallos: Sacred Image of the Masculine by Eugene Monick)

Dionysian wisdom is beyond pure Apollonian understanding –being sourced from embodied experience. Dionysus is the transpersonal experience of life transcending personal ego and stoic scientific pragmatism and infused with embodied realism of natural experience. Only by giving way to such does one transcend intellectual impression with experiential psychoid (of the psyche and physical) reality.

The Dionysian male contains within himself not only masculine, but also strongly feminine qualities in a fusion of coexistence that integrates his unconscious and conscious expression of being in a holistic-androgynous expression of “male.”  He does not have a sexual identity problem –whether expressly heterosexual or homosexual in nature, he knows himself to be male yet he shares with women in a way that no Apollonian male can.

“The integration of chthonic phallos (with its overtones of the feminine) and solar phallos is the task of consciousness, a process inherent in the Dionysian image.” (ibid)

“New Consciousness, the movement beyond patriarchy, no longer requires diminishment of the feminine for phallic establishment. Masculinity finds its center as inner phallic reality. This, together with the anima, constitutes a restoration of wholeness in a male.” (ibid)

The Dionysian male is psychoid-androgynous and chooses to incorporate an owned portion of the opposite gender into his dominant identity. “An androgynous person does not pretend to be a member of the opposite sex. An androgynous male will not repress his feminine characteristics, however much he may, at times, decide to suppress them. He knows that they are part of him, he has worked on his ego resistance to integrating them. He knows there will be times when he will choose to think and perhaps behave according to the “her” within him.” (ibid)

Dionysus represents the possibility of masculine expression that includes chthonic phallos and its feminine aspects with Apollonian, solar phallos. To the extent that this takes place, a man moves closer to expressing unus mundus –the totality of masculinity in integrated expression– not burdened by patriarchal bias and limitation. The more Dionysus is accepted and represented in a man’s personality the more he expresses the holistic benevolence of this divine masculine archetype in its beatific totality.

This excerpt from a book “The Invisible Partners” on male and female psychology, wonderfully describes the Dionysian Male connection to the feminine—to feeling and integrating feminine archetype aspects and traits:

“In addition to men with a homoerotic tendency or homosexual nature there are other, heterosexual men who also lie very close to the feminine archetype. These men have succeeded in making a male ego identification, and their sexual feelings and love needs are directed toward women, but it is as though the feminine archetype is unusually numinous to them and looks large in their psychology. They too are often sensitive men with healing gifts or artistic inclinations…[with a] sensitive and differentiated personality. With these men, the Dr. Zhivagos of our society, there seems to be a need to be initiated into the meaning and mystery of the feminine on all of its levels. Such men are called on to understand women, to understand the feminine in themselves, to recognize and give importance to feminine values in life, and to have an immediate and personal experience as it were, of the Great Goddess. Such an initiation into the meaning of the feminine does not feminize these men, for in understanding the feminine they also differentiated the feminine from themselves. Their ego remains masculine, but is transformed by this initiation into a more differentiated state of consciousness. These cases suggest that the psychological influence of the anima is greater in some men than in others. Because of her numinosity, the anima exerts a profound influence on the psychology of certain men, fating them to lead a special kind of life that requires them to acquire unusual self-knowledge.”
(pg. 100 “The Invisible Partners” by John A. Sanford)

If you are a man who has struggled with his masculinity and with feeling comfortable with who you are no matter if that fits into traditional boxes of masculinity or if it matches what society says is a “real man”—and you would like some help with sorting out your feelings and shedding shame while developing a secure sense of yourself, contact me for some coaching.

Healing and Growth for Men
Coaching for men to heal their wounds and become their best potential as a man. 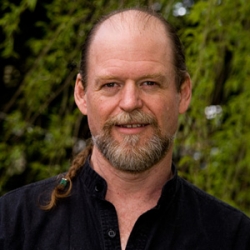 This site uses Akismet to reduce spam. Learn how your comment data is processed.

Wand of Light program for ejaculation control and sexual mastery

7 things you should know about archetypes

You might have seen posts on social media discussing archetypes and wondered "what are they and what do they do?" Here are 7 things you should know about archetypes and how you are effected by them whether you are aware of it happening or not

What are Archetypes and how do I work with them? Archetypes are personifications of collective humanity's unconscious with identifiable characteristics which influence personal thinking, motives, and beliefs. They operate through the personal unconscious of an individual. You can work with archetypes by learning about them and discovering their influence in your life by becoming more familiar with when one is active in your subconscious.